A celebration of the centennial of the birth of legendary Juilliard pedagogue Dorothy DeLay (1917-2002) will bring together renowned artists from around the world, all former students, to pay tribute in an evening of spectacular music-making on Sunday, April 2 at Le Poisson Rouge in New York City. The event is sponsored by The Stradivari Society, The Violin Channel, and SiriusXM. Featured musicians include several former and current Stradivari Society recipients who studied with DeLay: violinists Philippe Quint, recipient of the “Ruby” Stradivari of 1708; Paul Huang, recipient of the “Wieniawski” Guarneri del Gesù of 1742; Randall Mitsuo Goosby, recipient of a violin by G. P. Maggini, Brescia, c. 1600; and Chee Yun. The event will be live-streamed on TheViolinChannel.com and include a Post-Concert Panel led by David Srebnik of SiriusXM. 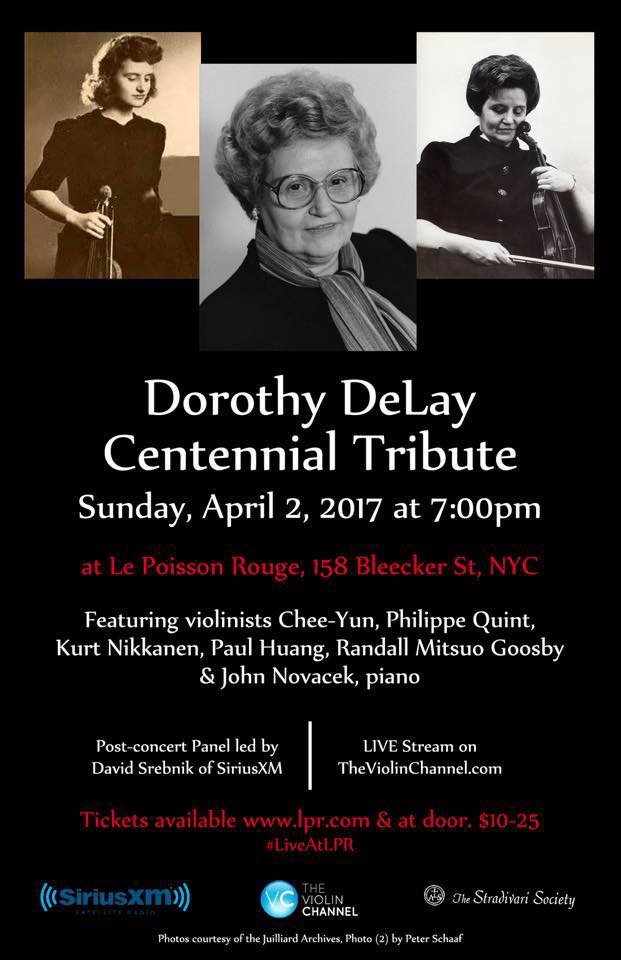