“I am so grateful and honored that the Stradivari Society has granted me the long-term use of the Pietro Guarneri violin. Playing such a high caliber instrument really opens up so many more ways for me to express myself as a musician, and I am so thankful to both my patron and the Society for believing in me.” – Joshua Brown

We are thrilled to announce that Joshua Brown is now the recipient of a magnificent violin by Pietro Guarneri, Cremona, 1679, with thanks to his generous patron. Joshua is a student of Almita and Roland Vamos at the Academy of the Music Institute of Chicago where he has been awarded the Alexandra C. and John D. Nichols Fellowship for the past two years. The North Shore Chamber Music Festival recently named Joshua the 2017 Haag/Galvin Young Artist and the Arkady Fomin Scholarship Recipient. He will be performing twice during the Festival this June.

Joshua already has several prestigious competition wins under his belt, including Grand Prize for Violin in the 2016 ENKOR International Music Competition, receiving the highest score in the history of the competition across all ages and all divisions, First Prize winner in the 2016-2017 American Music Institute’s Violin Competition, and National YoungArts winner in 2016 and 2017. Joshua won the 2015 Music Institute of Chicago Concerto Competition and as part of the prize, performed Waxman’s fiercely difficult Carmen Fantasie with Ars Viva, conducted by Alan Heatherington.

He also took Second Place and won the Audience Award in the 2015 Cooper International Violin Competition. The violinist performed the Shostakovich Violin Concerto No. 1 with The Cleveland Orchestra under the baton of Jahja Ling and received high praise from the press: “Had he played from behind a curtain, you wouldn’t have believed that Joshua Brown…was only 15,” wrote Daniel Hathaway for clevelandclassical.com. “Shostakovich’s first violin concerto was so maturely wrought that it might have come from a seasoned professional. Brilliantly played and expertly paced, Brown’s performance checked into every emotional corner of [the] work … Brown was spellbinding throughout his entire time on stage.” Mark Satola of The Plain Dealer described Brown’s performance as being, “On an Olympian level…Brown played with such assurance that it was easy to forget he was a young teenager.”

Joshua has made solo appearances on NPR’s From the Top and on WFMT’s Introductions. To see this gifted, young artist perform, check out his YouTube video at https://www.youtube.com/watch?v=QEL1CAekayM 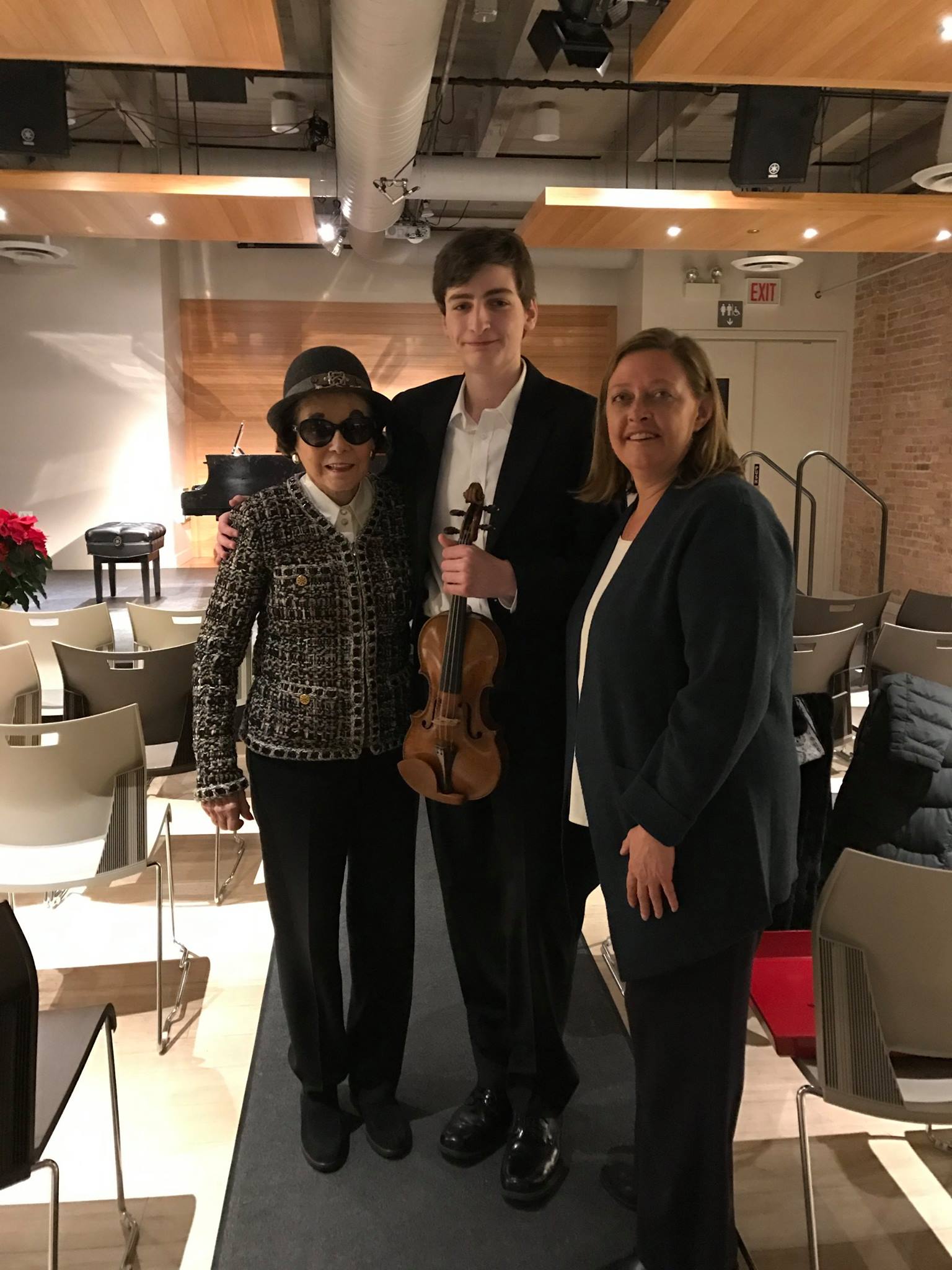